Laughing Out Loud and A Lesson 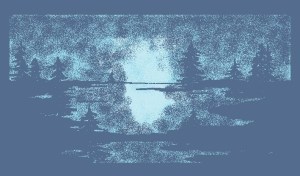 I did say I would write about that long ago entry that had me laughing out loud. Better yet, I think I’ll just copy the entry here:

This morning at 11:30, Joan was driving and started to laugh. She said,

“We got up at six am, got groceries, you unraveled my shorts, while I was wearing them, we laughed so hard we both peed in our pants, we changed clothes in the back of the van in a supermarket parking lot in Flagstaff, Arizona, then drove through the painted desert and the Navajo, Zuni, and Hopi reservation, around inside Marble Canyon, and across the Colorado River. If that’s not enough, now we are in dense forest lands thick with massive Ponderosa Pines, we’ve seen an entire herd of deer grazing in a green clearing, looked more closely at a bubbling clear running mountain stream, and marveled at three to four foot snow drifts in the roadside ditches. All of that in five hours time. What could be left?”

What can I say, we were Wisconsin yokels, first time out and committing gluttony of the eye. And I didn’t unravel all of her shorts. Do you remember, several years back, when they started making shorts with two contrasting colors for hems? It made it appear like the wearer had put on two pairs of shorts, one longer than the other? That’s what she was wearing when she climbed into the back of the van to find a place for the groceries we had purchased and were both carrying. Behind her, I looked up to see a small white thread dangling from the bottom hem, reached up and yanked it to snap it off. It didn’t snap. The entire hem, except for two or three stitches at the front, promptly came undone and was now dangling behind her knee.

With a few very colored wisecracks, we convulsed into raucous laughter and yes, both wet ourselves and had to change clothes in the back of the van while the other stood guard outside, all while trying to quell bursts of laughter at the unexpected situation we found ourselves in. It was a good way to begin the day, but we both agreed that it was also good that no one else was around to view the antics.

Just after noon, we checked into the Lodge on the North Rim of the Canyon. We had been planning this trip for about three months, and each time we called to try to make reservations, we had been told there were no openings. In a last ditch effort, somewhere from an Oklahoma motel, I had once again called the Lodge and was told that yes,  there had been a cancellation and we could have one of the individual cabins for three days and nights. Synchronicity is a wonderful thing.

That evening, after roaming around and getting our bearings, we decided to have a picnic on the rim. We had a table no more that six feet from that ancient rift. Alongside the table was a huge tree. As we were setting up for a dinner of grilled hamburgers, a huge raven flew to the tree and perched in one of its branches. It talked to us throughout our dinner, and we took turns talking back. It obviously had no fear of our presence, and at one point flew down and perched on the edge of the trash receptacle very close to where we were sitting. We asked it if it would guide us through our visit. It rocked on the edge of the metal container, bobbing it’s head up and down, cawing in a deep gravelly voice, perhaps telling us, “tomorrow, tomorrow.”

As I write all of this, I can’t help but see the symbolism in that final image of the raven to one side of us and the deepening shadows of the stone rift to the other side. But in that single moment, we simply knew ourselves to be blessed and were grateful to be alive.

Note: Image is a digital painting done many years ago.

Loves words and language. Dances on paper to her own inner music. Loves to share and keeps several blogs to facilitate that. They can be found here: https://1sojournal.wordpress.com/ http://soulsmusic.wordpress.com/ http://claudetteellinger.wordpress.com/
View all posts by 1sojournal →
This entry was posted in Laughing Out Loud and A Lesson and tagged blessings, cabin, Grand Canyon, laughing out loud, North Rim, picnic, raven, rented van, wet pants. Bookmark the permalink.

1 Response to Laughing Out Loud and A Lesson